Why Do Quaker Schools Matter 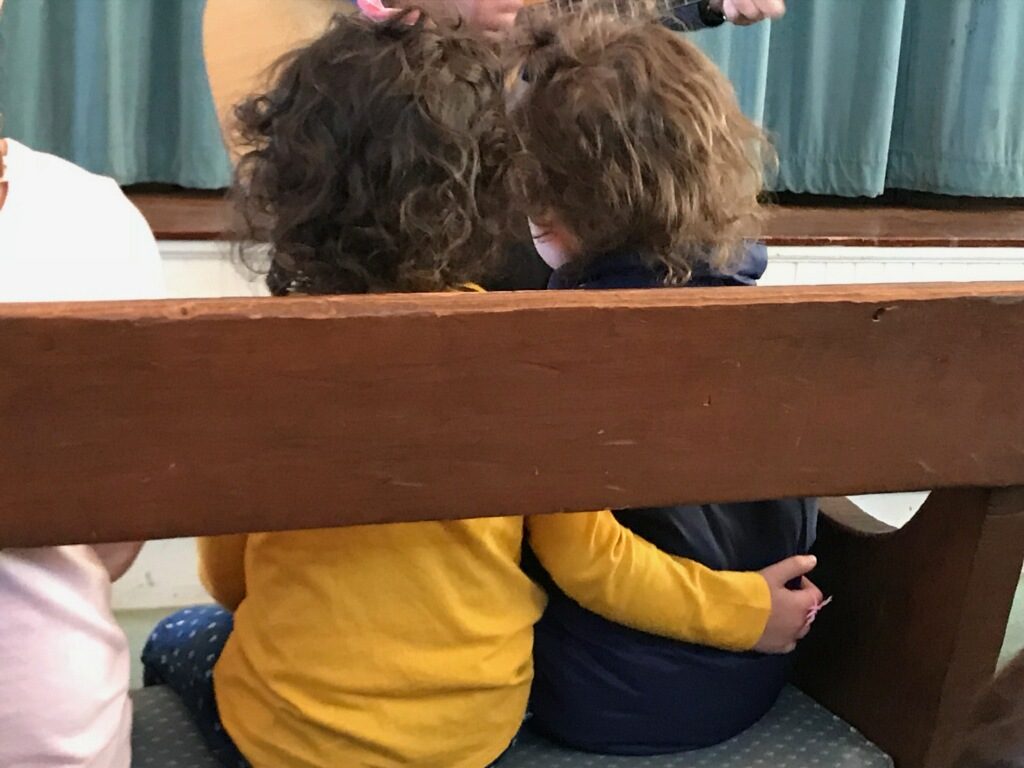 Why Do Quaker Schools Matter?  from Head of School Brian Fahey

I was at a meeting not too long ago and I was talking to someone who said that not all Quakers believed that we should have Quaker schools. I think that they expected to catch me off guard, but I told them that there was any number of issues on which Quakers did not agree, but that at least we had gotten good at the way that we disagree. Then they asked, “Well, why should we have Quaker schools?” I think that they were talking about what we call our “Value Proposition”  and that they wanted me to talk about our curriculum and our test scores, but I said that Quaker schools are important because we are trying to create a better society, that we start with the heart and that teaching is an act of love. Good teaching has to be an act of love, and that’s because children figure out very early in life that adults can influence them, or control them, with power and authority. While children, most of the time, will submit to power and authority, they are not impressed by it at all, and it does not touch them or move them in a deep way. What moves them is love. If a teacher’s interactions with a child come from love, instead of strictly from power, the effects on the child and the teacher are sometimes magical and transformative. We see it all of the time. When children know that our expectations are coming from love, rather than from the desire of adults to manage them, we create possibilities and openings that might not be apparent to us, which is another way of saying continuing revelation.

Continuing Revelation    Continuing revelation is the foundation of our work.  We know that it isn’t brought about by contemplating what we already know to be true. Revelation comes about when we allow that we don’t know all of the answers and when we create a space for mystery and possibility. With children, that means that we consider what we don’t know about a student to be just as important, or more important in some cases, as what we do know about them. If we contemplate the talent, insight, or curiosity that lives within a child and then consider how we might help them make those gifts apparent to the rest of our community, rather than defining the child based on what we already know about them, then we create the possibility of continuing revelation. If we only consider what we already know, we limit our understanding and theirs. I think of it as nurturing a mystery and being optimistic about the outcome. Waiting for revelation is the spiritual part of teaching, from one heart to another.

Radical Empathy   In a larger context, this is important because as the writer Isabel Wilkerson has said if we are going to create a better society, the heart is the last frontier because we have tried so many other things. We have laws against discrimination and violence, we know about the persistence of poverty and struggle in our country, yet all of these things persist. Wilkerson says that they persist because we have not changed our hearts. We have power and authority, those things are clearly established, but we don’t seem to recognize our common humanity. She says that what is called for is radical empathy, the sincere and dogged effort to understand another person’s reality and to understand the experiences that have shaped that reality.

In Quaker schools, we expect children to practice radical empathy. We insist on conflict resolution, restorative justice, and building and repairing relationships. This goes on in large and small ways all of the time at West Chester Friends School.

Just last week a student showed up in my office due to some chronic misbehavior. Right from the start, it went badly. He was not very responsive to my questions and the longer this went on, the less I seemed to care about what was going on with him. I suggested that we sit in silence for a while to see if that might help, sort of like a small meeting for worship. After about five minutes I told him that all I was feeling was resistance, from him and from me, so we agreed to come back and talk about it the next day. He was waiting for me first thing in the morning and we talked for a while and I learned some things that I didn’t know about him, and some other things that he was worried and anxious about. I told him that it took me a while to realize it, but I was upset because I was worried about him and that he wasn’t giving me the chance to understand what was happening, so I wasn’t able to help him. I said that since we weren’t really communicating, the only thing I felt the day before was the desire to punish him. In that scenario, we both would have missed the chance to understand each other. And then we talked about how he might repair the relationship with his teacher. It was a true heart-to-heart, where we both came away feeling better understood by the other. It’s interactions like those that will help children learn how to practice empathy and how to love others, and to help us create a better society. A just society and a better world can’t be achieved just by passing laws. It has to be done, as Isabel Wilkerson says, one heart at a time. And that is why we need Quaker schools.